Prague is a handsome city of gently wandering canals, kind people, and gigantic palaces, all punctuated by spiky towers. It’s given birth to names like Wolfgang Amadeus Mozart and Franz Kafka and is an undeniable wealth of architectural and artistic treasures. The Old Town Square is the heart of the city, where you’re surrounded by the imposing yet cheerful baroque architecture. The colorful buildings line the streets and give the impression of sauntering through a children’s storybook.

The square is a massive display of architectural genius, but it also feels incredibly cozy. In the winter you can imagine being in a snow globe with flurries of snowflakes swirling around the gothic cathedrals and bakers making artisanal breads through big glass windows. It’s the perfect place to grab a cup of warm mulled wine from a local vendor and take a seat on a bench just to watch the world pass by. To get the full scope and effect of the city, take a trip up to the top of the Old Town Hall. This building was established way back in 1338 as the seat of power in Prague. It consists of a spectacular Gothic tower with a unique astronomical clock. The clock (know as the Orloj) was first installed in 1410, making it the third-oldest astronomical clock in the world! From the top of the tower you get a view of the entire city. You’ll also be able to see monuments like the Charles Bridge, St. Vitus Cathedral, and the Prague Castle. The whole area is a maze of vibrant buildings, uniform red roofs, and soaring spires. But don’t get the impression that all Prague has to offer are old buildings and tired monuments–there are a plethora of fun, modern parts of the city, and the Lennon Wall takes the cake. Once just an average wall, since the 1980s it has been filled with John Lennon-inspired graffiti and lyrics from Beatles' songs. The wall has an interesting history: in 1988, during the communist regime, students would write grievances on the wall that eventually led to a major clash between students and police. Today the wall represents love and peace. People come here to take pictures, leave their own mark, or secure locks on the nearby railing. The aforementioned student-police clash actually took place on the nearby Charles Bridge, but today, strolling across the bridge is everybody’s favorite Prague activity. It stands astride the Vltava River and is flanked at each end by fortified towers. Constructed in the 14th century, this impressive structure is lined with imposing statues and sculptures of prominent historical figures. Here you’ll get another superb view of the city and the quaint boats moseying along the river below. Water is an essential part of this city, and with all the canals it has a curiously Venetian feel.

If you’re up for a little bit of a walk and you want to see something most tourists don’t venture to find, you shouldn’t miss the Petřín Lookout Tower. It’s a steel structure that looks remarkably like a small Eiffel Tower. It was built in 1891 and was used as an observation tower as well as a transmission tower. Despite the allure of this curious monument, the best part by far is the walk down from the tower back into the city. There are sweeping views of Prague nestled into the surrounding hillsides, and you can’t help but take a picture every couple of feet because the scene gets better and better. After your long walk, you’ll want a drink. And you’ll be in good company. The Czech Republic has the highest beer consumption per capita in the world! The most common Czech beers are pilsners and pale lagers, with a distinctive golden color, light taste, and heavy foam. You may want to try out The PUB. At this restaurant there is a tap at the center of each table where you get to draw your own beer! 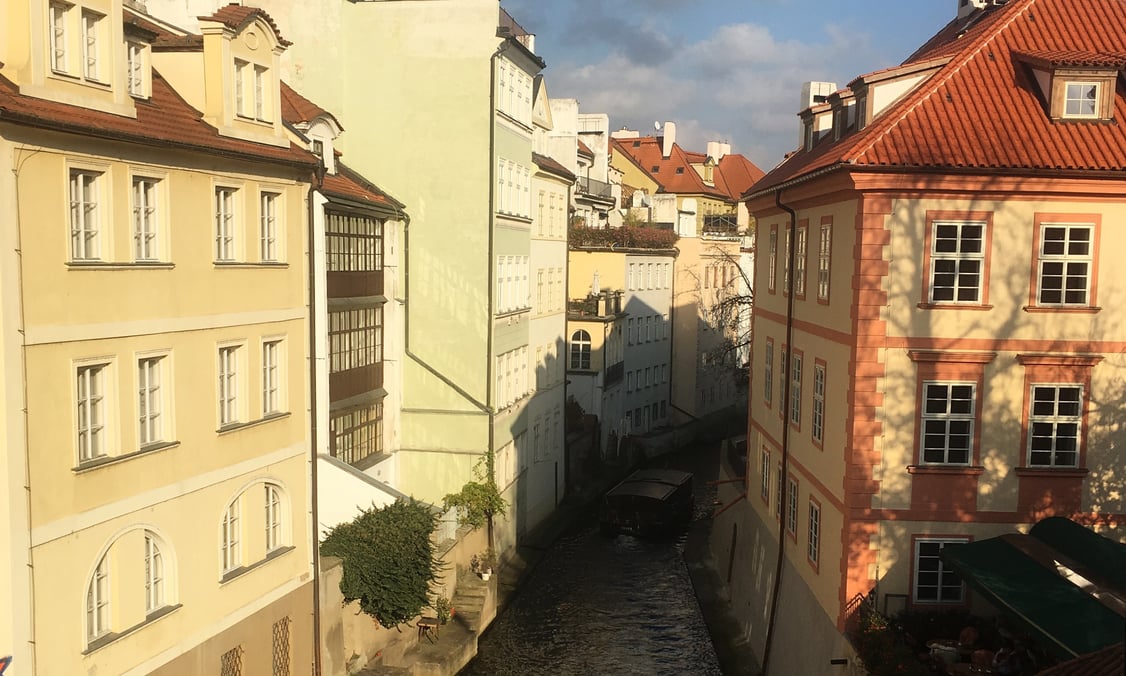 If you’d rather have a nice bite to eat, there are endless tasty places to get traditional and modern cuisine alike. Try restaurants like Mlejnice, Lokál Dlouhááá, or Švejk U Karla for the authentic Czech experience. It would be a crime to leave the city without tasting good sauerkraut, wiener sausage, fried cheese, or roast duck.

Prague has been a masterpiece of human ability since its creation and continues to be a center of learning and heritage. Try the Sling, our own architectural masterpiece, out for size as you wander its streets.