The vastness of London is first realized from above. Unlike New York, which accentuates its urbanity through density and skyward compression, London spills out, neighborhood after neighborhood. The annals of history can be seen and felt: empire and domination, royalty and liberty, commerce and multiculturalism. 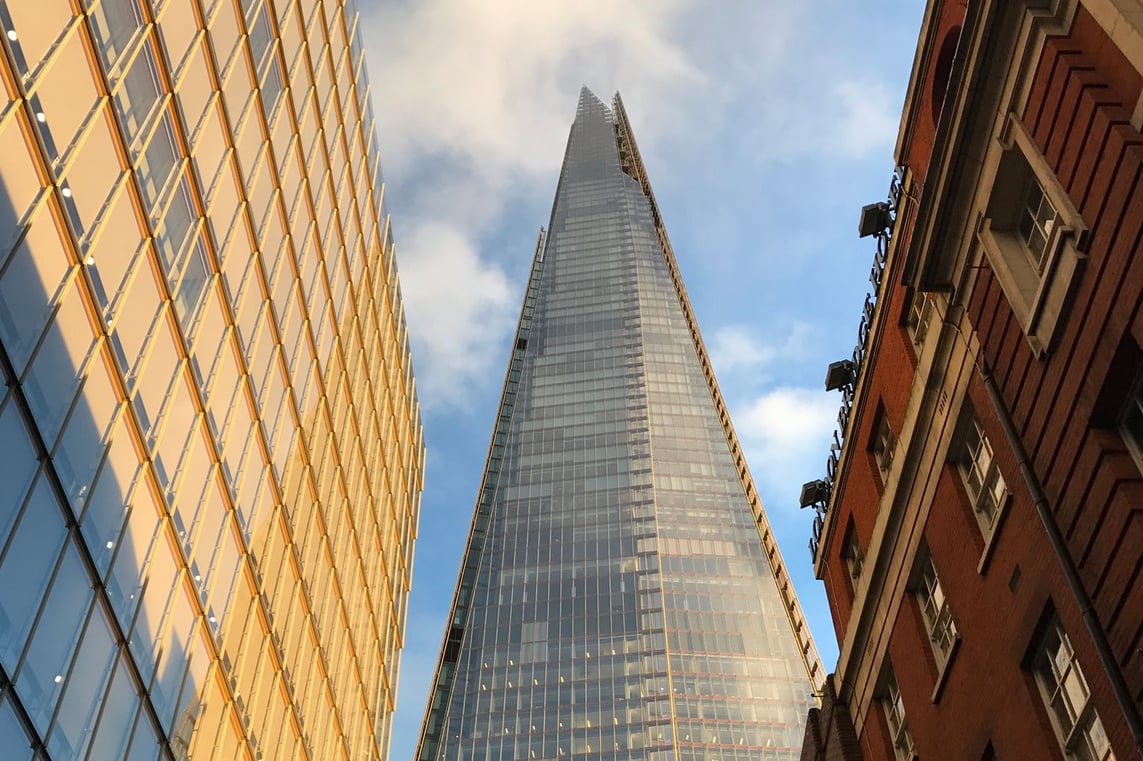 It’s a city of old, with streets, traditions, and industrial development hundreds and hundreds of years old. And it’s a city of new, with technology, innovation and the physical manifestations of modernity. As of late, it’s a city going through both adversity and growing pains, working to prove itself as a continued open and global player on the world stage. 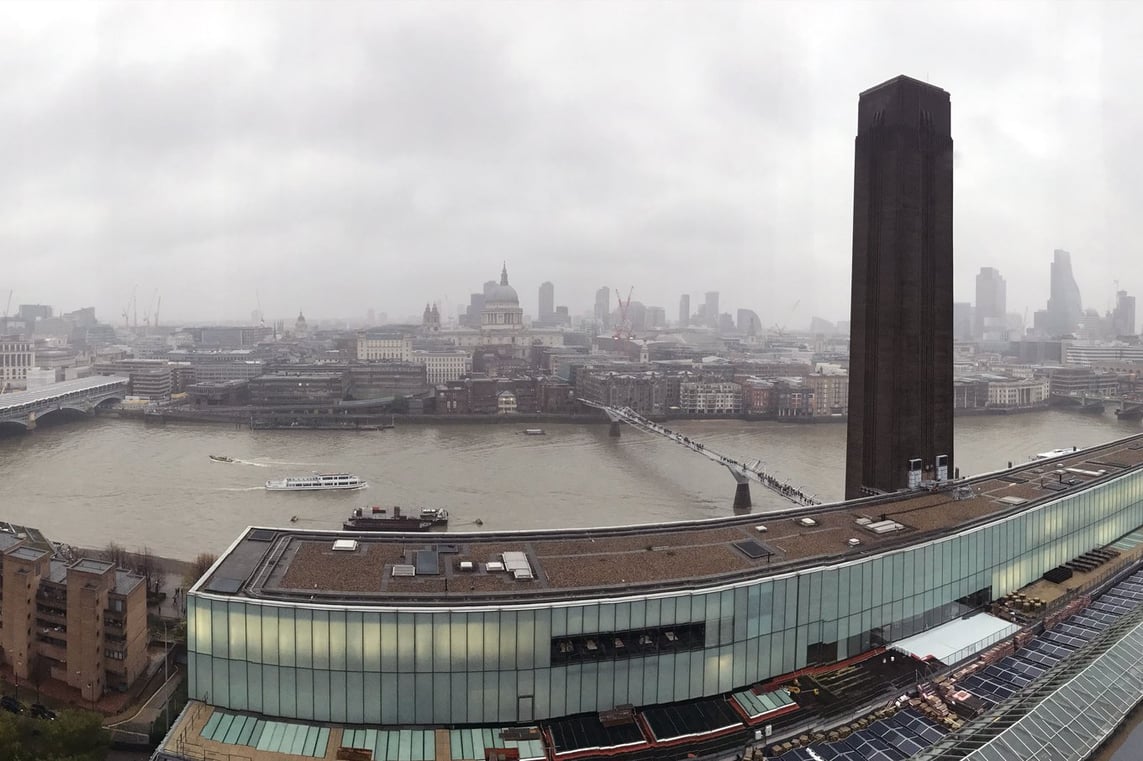 To create a comprehensive first impression of London, go indeed went above--to the top of the Shard, a 95-story glass pyramid skyscraper in revitalized South London that was designed by famed architect Renzo Piano. The Shard offers panoramic views of every corner of the city and gives the best perspective to local and tourist alike.

From the Shard, you can see landmarks that have literally shaped the world: Westminster Abbey, Churchill War Rooms, and Shakespeare's Globe Theatre. 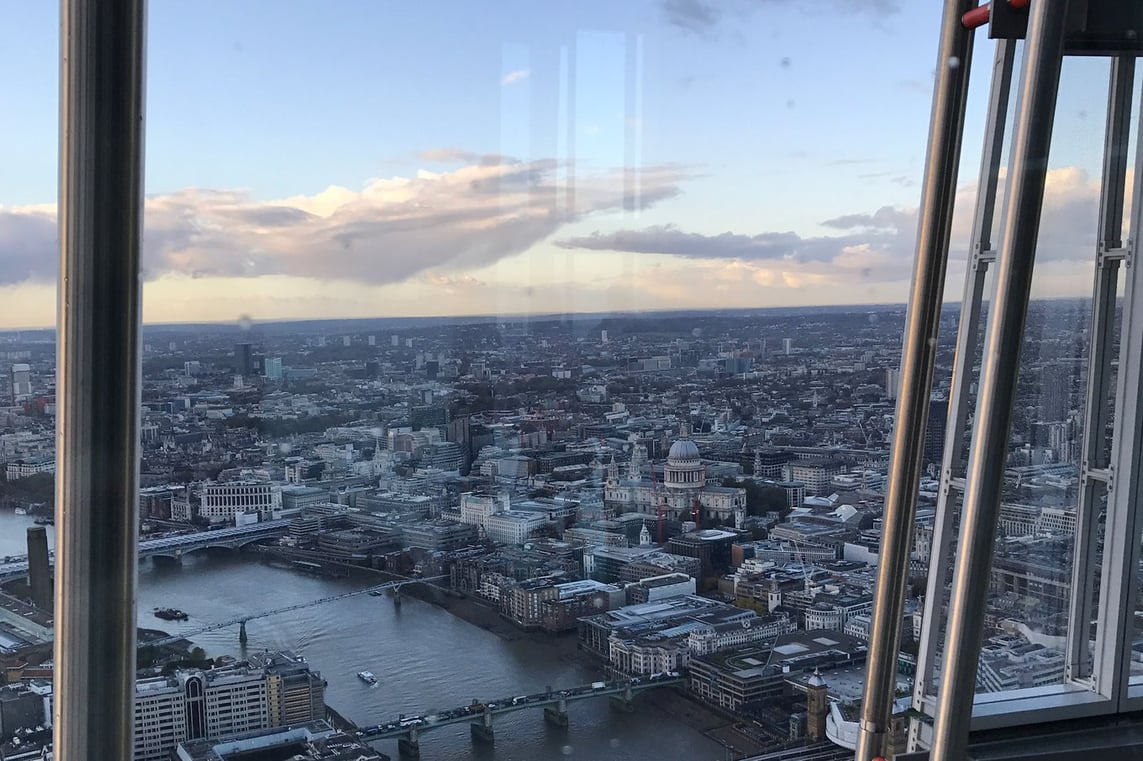 London is also a city of green spaces, embodied in big, beautiful parks. The crown jewel (besides the one on Queen Elizabeth's head, of course) is Hyde Park. Long, meandering paths sit under trees that have seen it all. The beauty of Hyde Park is how it instills in every visitor a desire to saunter. It's a huge, relaxing, and peaceful space.

London's global preeminence is built on its location on the banks of the River Thames. Some of its oldest neighborhoods abut the river. Crossing one of the numerous bridges that connect North London and South London once again reinforces the city's history as a center of trade and industry.

Dotting around London is best done via double-decker bus and the Underground. Remaining hands-free is key, so the chestnut Zipper Backpack, shown here in the Italian Gardens in Hyde Park, is the ideal carry.