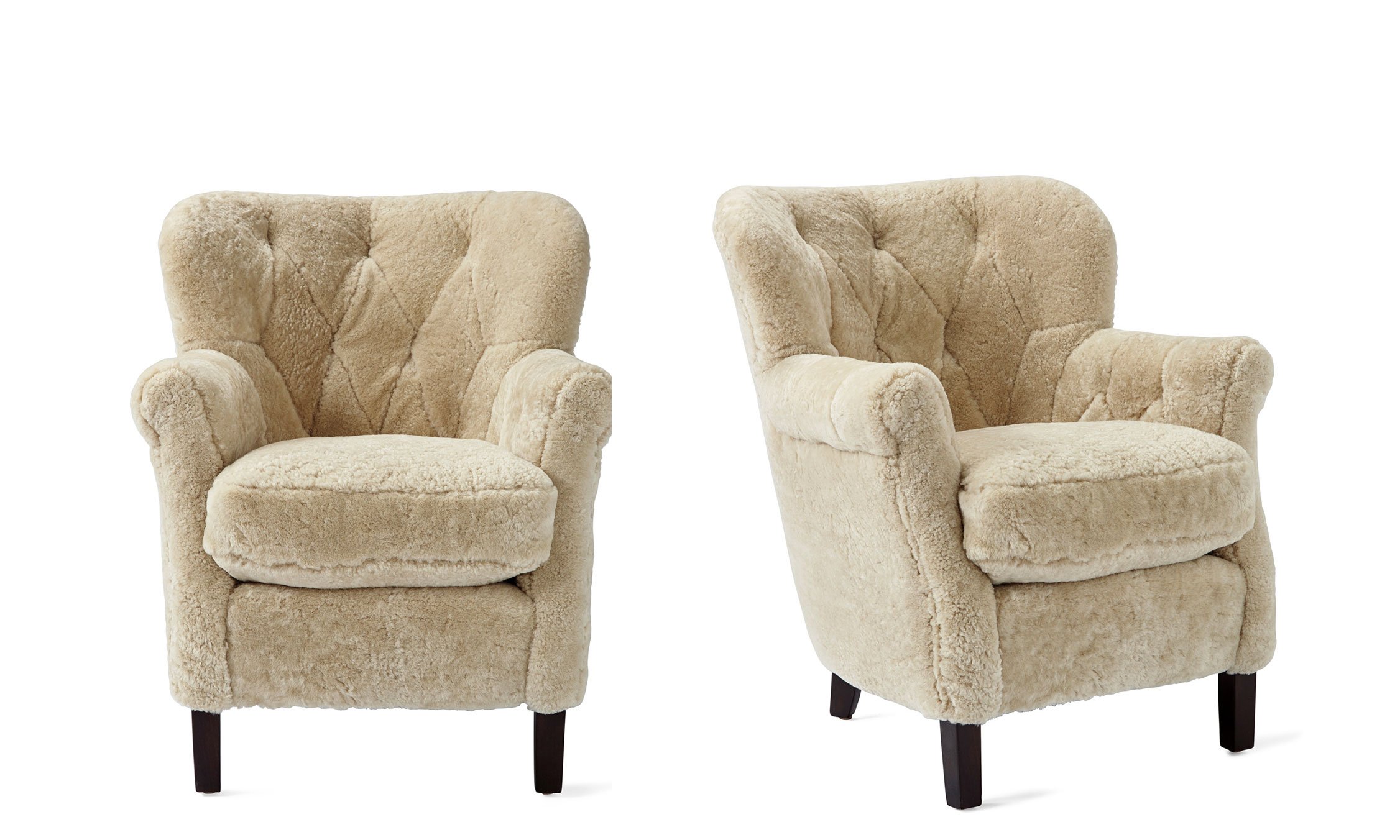 It’s no secret that winter is my least favorite season, so as the temperature drops enough for frost to cloud the windows, I’m all in favor of anything that can stop me from freezing into a solid block of ice! A constant supply of tea in a pretty mug is a must, and if you ever see me wearing less than two sweaters at once…well, you won’t. In my car, a shearling seatbelt cover has even made an appearance, which I often find myself absentmindedly stroking as though it’s a fur stole. My subconscious apparently thinks I’m 19th-century royalty. 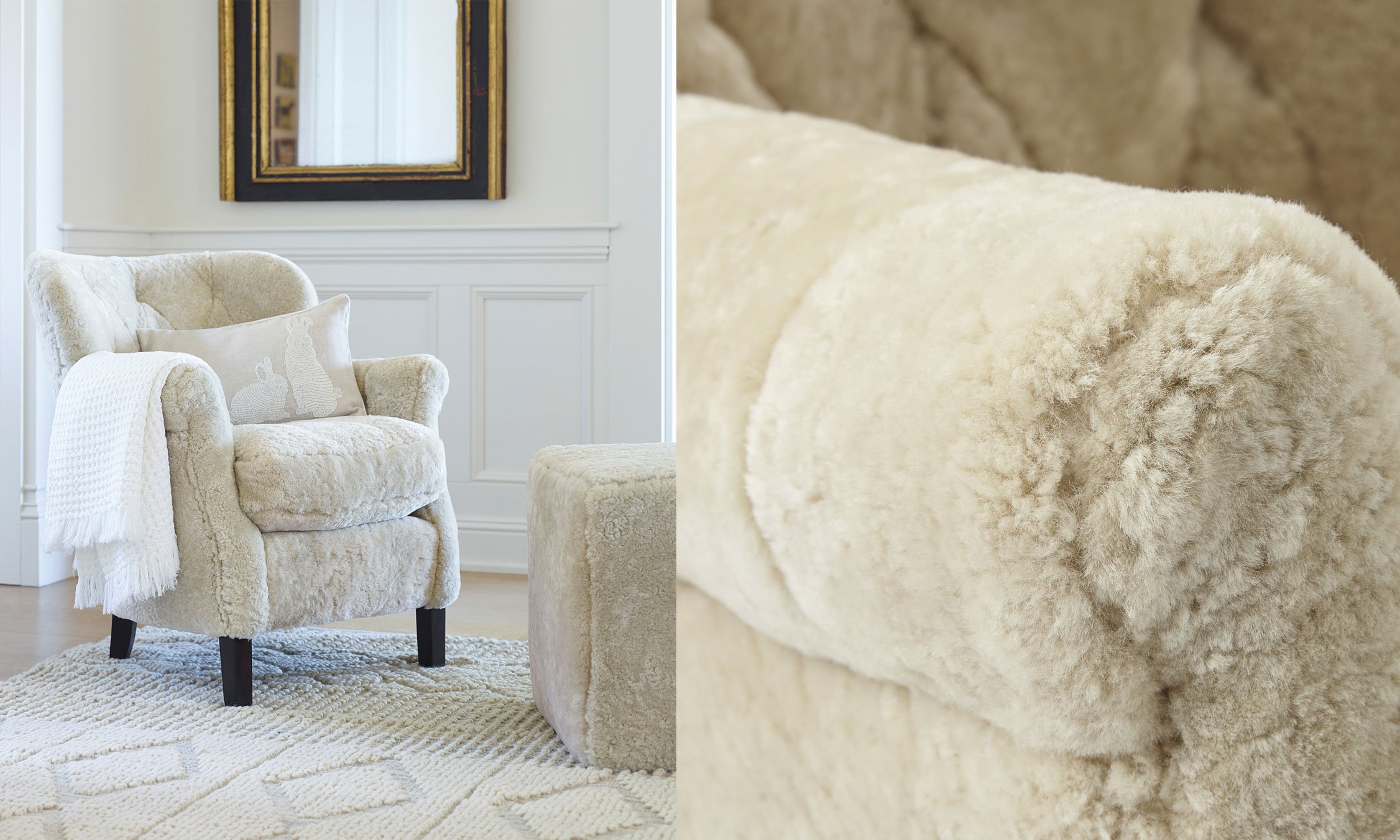 Only more shearling could be better than all of the above, and with that, enter the Belgian Club Chair from Serena & Lily: the silhouette is that of your grandmother’s softest armchair while the material is all fluffy luxury. I mean, I could drink so much tea in that chair. And read so many books. (Or watch so much Netflix, if we’re being realistic. Any recommendations?) As if that weren’t wonderful enough, it’s also made in the USA with thickly piled shearling, a wood frame colored with water-based stain, and filling that’s both sustainable and recycled. I don’t even own this chair—which is probably a good thing, because I’d never leave—and yet, I feel cozier inside just looking at the photo. It's that magical!

Speaking for all chilly humans out there, thank you for this lovely creation, Serena & Lily. I am now half a degree warmer than I once was.