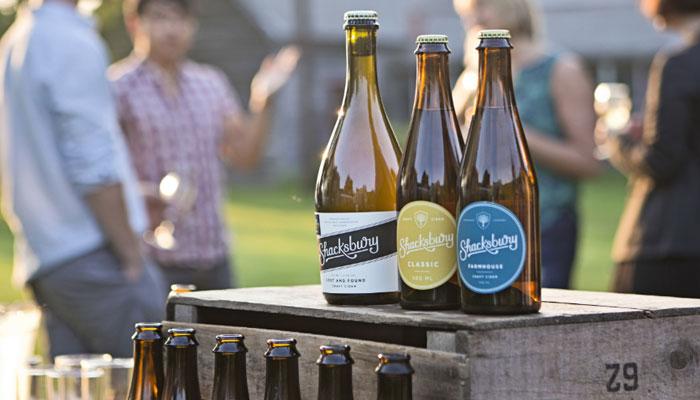 It’s an accepted fact that cider isn’t just a seasonal drink anymore. Some might attribute that to the trendiness it seems to have acquired in recent months, but the founders behind Shacksbury of Vermont, David Dolginow and Colin Davis, would beg to differ. To them, crafting cider is a way to explore the flavor dynamics of different apple varieties and appeal to crowds looking for something unexpected.

Since 2013, Dolginow and Davis have grown their own apples in the Champlain Valley. Not wanting to limit themselves to local varieties, though, they also source others from England and Spain (with the help of cider makers Simon Day and Ainara Otaño, respectively). The result? An ability to draw customers in with the American-style ciders they’re accustomed to drinking, and then make them stick around by introducing  European ones not as commonly seen this side of the Atlantic. 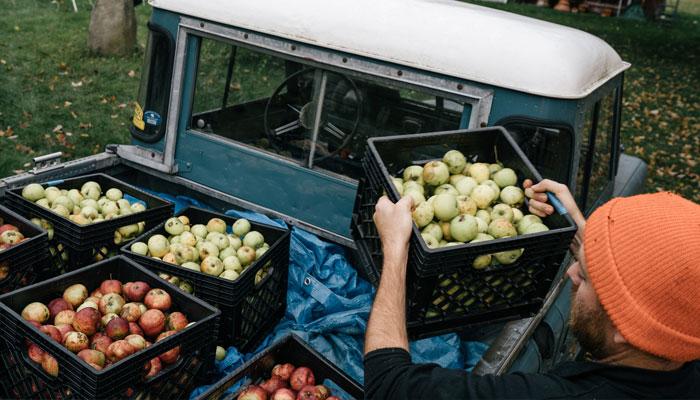 Shacksbury’s Basque-style cider is one of my favorites, and the fact that they’ve been intrepid enough to venture into this domain is just one of the reasons I love this company. Shacksbury is kind of funky and modern, and that’s even reflected in the eye-catching yet minimalist labels on their bottles. I think it’s great that these guys are giving a new face to the hard cider stereotype, and I know what I’ll be drinking this fall (and winter, and spring, and summer).